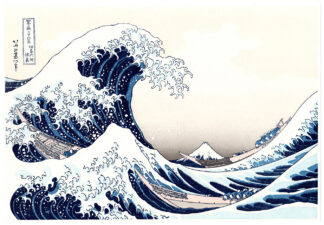 You're viewing: THE GREAT WAVE OFF KANAGAWA (Katsushika Hokusai) $239.00
Add to cart